“Go with eggs.” That’s a malapropism, but I take it to mean “Go gently.” A character from one of my all-time favorite novels, Nobody’s Fool by Richard Russo, said that. You should read it sometime.

We are all the sum of our experiences, good and bad. I’m not a very introspective person generally, but as I finish up my time at Athens County Public Libraries, I’ve been reflecting back on how it has changed.

I started at the Athens branch in 1996 when it was a fairly new building (and I was fairly young!). I’ve worked at the main building in Nelsonville since 2005. In that time the system has had a fire in Albany, floods and near floods all around, budget crises, a tornado in The Plains, roof leaks, frozen pipes, mishaps and hilarity, zoo visits and author talks; we added bicycles and ebooks. The internet became a thing. There is little reference work anymore, but there’s fact checking and technology training. Alongside the computers, there are still books. There are still pencils, but not typewriters. Public libraries have adapted and grown and will continue to do so.

I’m leaving ACPL as the Assistant Director and Access Coordinator. Over the past 21 years I’ve also been a graphic designer, communications coordinator, branch manager (twice), Fiscal and Deputy Fiscal Officer, grant writer, book reviewer and furniture mover. I have dabbled in cataloging and human resources. I vaccumed floors when needed; I led a storytime once. I’ve also gotten married, earned a library degree, bought 3 different houses, became a father, got a dog, hiked, marched, and volunteered. My life has been here.

Over 45 years, I’ve lived in five states and countless towns and cities, but Athens is the only place that has felt like home. The family has built connections here that will always keep us tied to the area.

Begining Monday, I’ll be the Director at the Chillicothe and Ross County Public Library. It’s only 50 miles west, so you’ll still see me around. Someone called it a new project for me and I guess that’s right. I’m excited to learn from new co-workers and gather more experiences. I’m stepping out of my comfort zone, but not forgetting it.

Until we meet again, “Adios amoebas.” 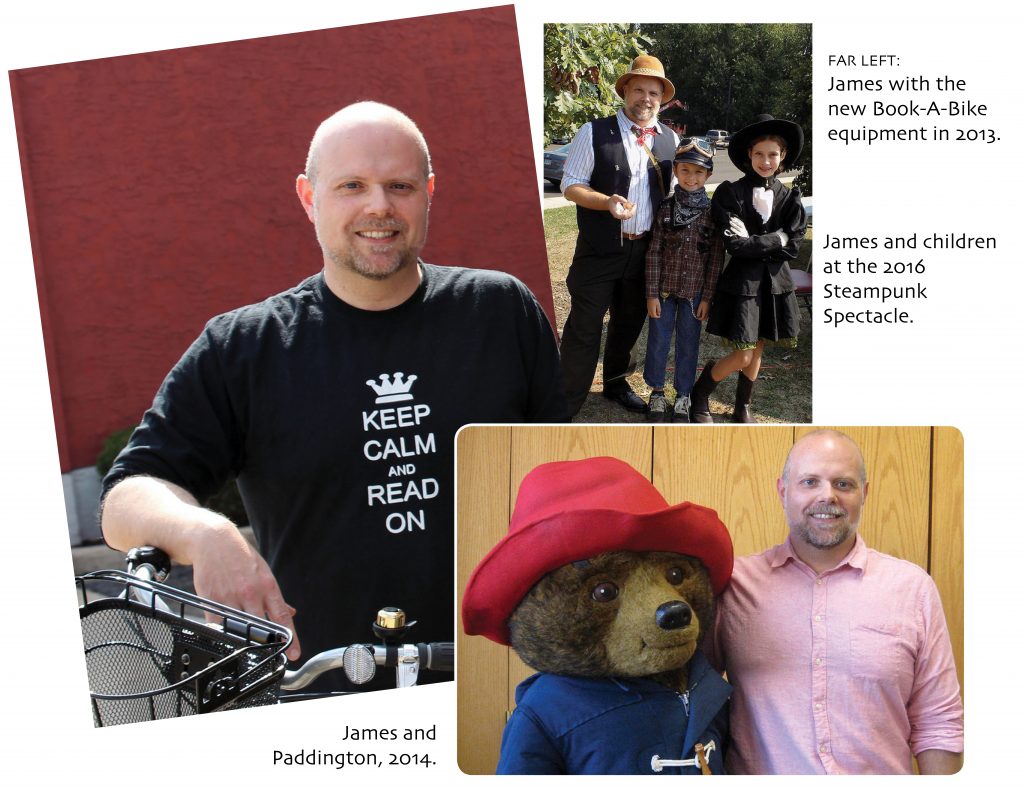